The Eighth of August: Emancipation Day in Tennessee

“Today is not Friday the thirteenth,” read the August 8, 1941 issue of Clarksville’s Leaf-Chronicle, “but Friday the ‘eighth of August’ which is almost as unlucky for the housewives of the city.” “This is the day,” the column foreshadowed, “the faithful colored cooks and housemaids, nurses, etc. take the day off and the can opener comes into vogue.”

The columnist’s patronizing lament was rightfully ominous. On this August 8th, as with the August 8ths of years prior, the black cooks and housemaids and nurses of Clarksville quit the homes of their white employers to celebrate the end of American slavery. While most black Americans post-Civil War observed Emancipation Day on January 1st, the day in 1863 when President Abraham Lincoln issued the Emancipation Proclamation, black residents of Clarksville and several other African American communities across Tennessee and western Kentucky chose August 8th to revel in their release from bondage. 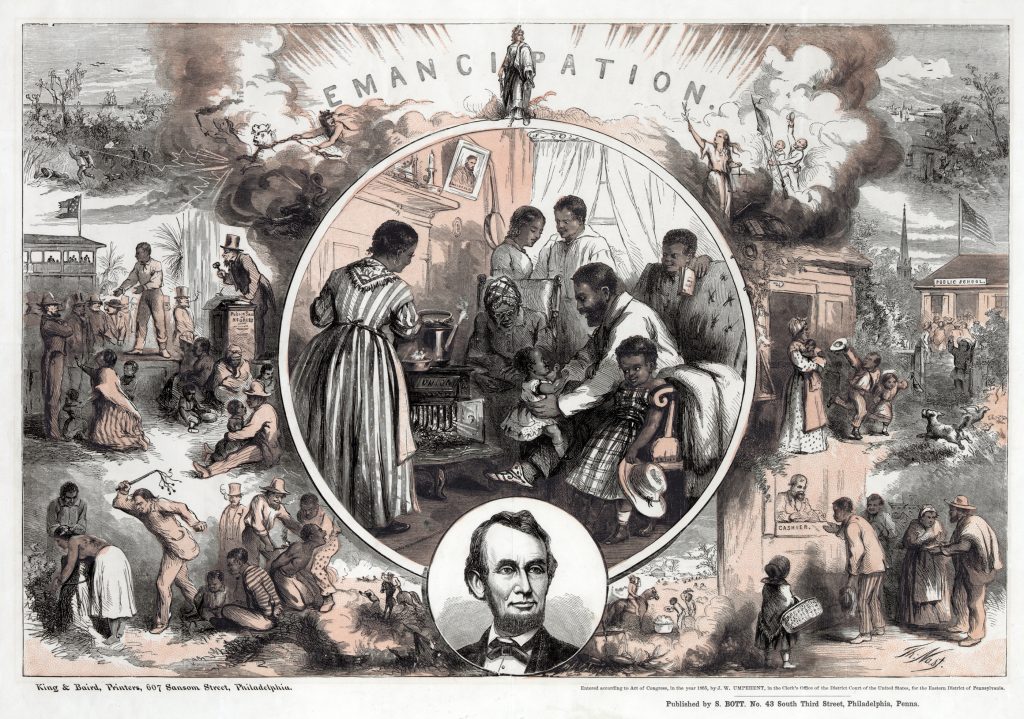 The reason for observing August 8th as opposed to January 1st or even September 22nd—the day Lincoln announced the preliminary Proclamation in 1862—remains speculative. Some note that Tennessee Military Governor Andrew Johnson freed his personal slaves on August 8, 1863, at his Greenville, Tennessee, farm. Interestingly, Sam Johnson, a former slave of Johnson, was a key organizer for the first recorded August 8th celebration in 1871. Others allege that enslaved people in Tennessee and Kentucky learned of the Emancipation Proclamation on August 8, 1863. However, pro-Union Kentucky and Union-occupied Tennessee did not fall under the provisions of the Proclamation which abolished slavery only in rebellious Confederate states. Regardless of its origins, the 8th of August, according to Clarksville historian Dr. Nancy J. Dawson, offered black people in the segregated South a place to be free together, especially from white racism. 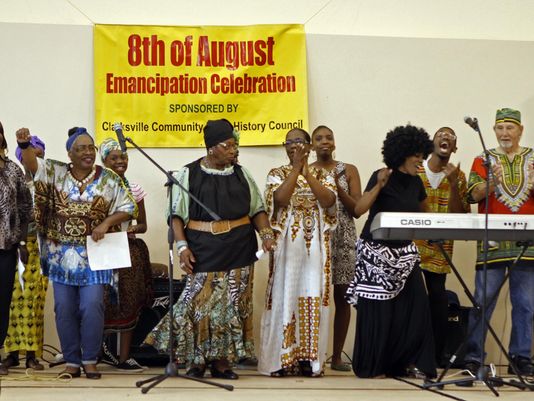 One of the earliest recorded August 8th celebrations in Clarksville occurred in 1898. Although black residents commemorated Emancipation Day on September 22nd the previous year, over 1,000 residents and visitors gathered at Porter Bluff Park on August 8, 1898, to parade through the greenway. With each subsequent gathering, the Eighth of August jubilees grew. Black townspeople flooded the city’s streetcars while several thousands of black residents from cities as far south as Nashville and as far north as Indianapolis bustled into the city by train, steamboat, buggy, horse, foot, and later by motor bus and car. As noon approached, a band headed a procession of decorated horse-drawn carriages and automobiles, floats, and various civic organizations through downtown. Later in the evening, the attendees picnicked and barbecued, danced to lively tunes, played baseball and other games, and listened to local orators discuss the harrowing journey from slavery to freedom. Emma E. Williams Burt, wife of the operator of Clarksville’s first hospital, Dr. Robert T. Burt, captured the wonder while reminiscing in 1984:[/vc_column_text][vc_empty_space][vc_column_text]

People came from far and near—train loads of people—to celebrate Homecoming. There was a parade. We were always in it with our decorated buggy and always won a prize. After the Parade everyone went to Porter’s Road [Bluff] Cave to celebrate where there were games, speaking, barbecues, and people had a great reunion.

Although the Eighth of August has waned in significance since the early twentieth-century, black Clarksvillians continue to celebrate the date, as do several communities on the western Tennessee-Kentucky border. In 2007, Governor Phil Bredesen signed House Bill No. 207 acknowledging August 8 as “Emancipation Day,” an annual day of special observance to recognize the freeing of Andrew Johnson’s personal slaves and “the significance of emancipation in the history of Tennessee.”