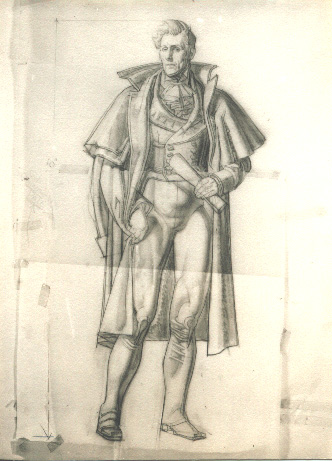 Andrew Jackson (March 15, 1767 – June 8, 1845) became seventh U.S. president and the first president from Tennessee in March 1829 following a vicious political campaign against the incumbent, John Quincy Adams. Jackson accused Adams of corruption and elitism while Adams railed against Jackson’s temperament, as evidenced by his fondness for duels. Born into poverty in the Carolinas, Jackson aided American Revolution soldiers as a boy before eventually becoming a lawyer, Tennessee’s first congressman, and a Tennessee supreme court justice. He purchased the Hermitage, a plantation near Nashville, Tennessee, in 1804 and owned at one time more than 150 enslaved people. After leading the U.S. Army with supporting  Tennessee and Kentucky militia in defeating the British at the Battle of New Orleans on January 8, 1815,  he catapulted to national fame. After the war he served as territorial governor of Florida and a term as U.S. Senator.

While president, Jackson expanded the franchise for white males, reformed the Washington appointment system, abolished the Bank of the United States, and faced down South Carolina’s threat to leave the Union. Although mostly approved of at the time, Jackson’s policy of Indian removal to west of the Mississippi River now mars the history of his administration and Tennessee Politics. The Whig Party formed in opposition to Jackson’s policies, becoming a powerful influence into the mid-1800s. Jackson retired to the Hermitage in 1837, He remained a powerful figure in politics and assisted in the election of Martin Van Buren and James K. Polk. 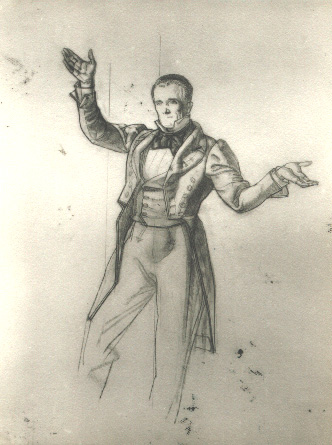 Though his opponents derided him as an unknown when he won the 1844 Democratic nomination to the presidency, James K. Polk (November 2, 1795 – June 15, 1849) was a career politician on both the state and national stage. Born in Mecklenburg, North Carolina, Polk moved with his family to present-day Maury County, Tennessee in 1806. Polk became a successful plantation owner with large properties in West Tennessee and Mississippi, which would affect his policies on slavery. A protegé of Andrew Jackson, Polk represented Maury County in the Tennessee General Assembly and later served as a congressional representative and Speaker of the House before becoming governor of Tennessee. In 1844, Polk sought the Democratic vice presidential nomination and found himself labeled  the “dark horse” candidate when none of the presidential candidates could achieve the necessary votes. Polk promised to serve only one term and kept that promise. Under Polk’s presidency, the U.S. annexed Texas, settled the Oregon Territory boundary dispute with Britain, and instigated and won the Mexican-American War, gaining California and making the United States a bicoastal nation. Polk toured the South following his presidency before dying of cholera at his home in Nashville, a mere three months after leaving office. 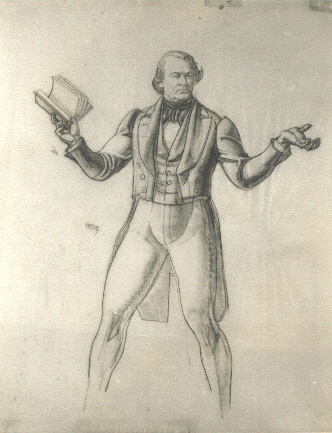 Born in abject poverty in Raleigh, North Carolina, Andrew Johnson (December 29, 1808 – July 31, 1875) apprenticed as a tailor and used that skill to  settle in Greeneville, Greene County in 1826. Johnson opened a successful tailor shop and became involved in local Tennessee politics, first as an alderman and later becoming mayor. He went to serve in the Tennessee House of Representatives and Senate, spent ten years as a congressman, four years as governor, and finally became a U.S. senator in 1857. Though a Democrat and slaveowner, Johnson opposed secession and was the only senator from a secession state to remain in his seat during the Civil War. In 1862 Lincoln appointed him military governor of Tennessee and in 1864 he became Lincoln’s running mate. Johnson became the seventeenth president following Lincoln’s assassination in 1865 and fought bitterly with the Republican Congress over Reconstruction. Johnson opposed the fourteenth amendment, which made freedmen citizens, and the House eventually impeached him, though he retained his office by a single vote in the Senate. Johnson returned to Tennessee and continually sought election to various positions, finally returning to the Senate in 1875, shortly before his death from a stroke. Johnson remains the only person to have occupied every major non-judicial elected office in the American political system, serving as city councilman, mayor, state representative, state senator, governor, congressional representative, senator, vice president, and president.