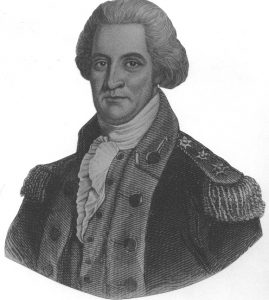 The head of the executive branch is the governor, the elected official responsible for enforcing the laws, collecting taxes, and ensuring the well-being of the state and its citizens. Recognized as the leader of his or her political party, the governor serves a four-year term and may only succeed him or herself one time (but may run and serve again after a hiatus). In order to run for governor, a person must be at least thirty years old, a citizen of the United States, and have been a resident of Tennessee for at least seven years before his or her election. If the governor cannot complete his or her term, the lieutenant governor (Speaker of the Senate) succeeds to the office, followed by the Speaker of the House, the secretary of state, and the comptroller.

The governor has the power to recommend legislation to the General Assembly and to veto bills passed by the legislature. The governor also appoints judges and chancellors to fill vacancies and can grant executive clemency following all convictions, except in the case of impeachment. The governor appoints the commissioners who head the various departments of the executive branch of government. These commissioners plus six senior members of the governor’s staff make up the governor’s cabinet. The cabinet advises the governor and assists him in the administration of the state’s business. 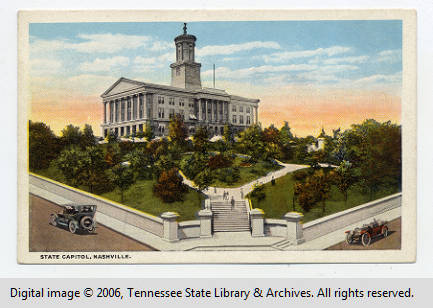 The Tennessee General Assembly is the legislative branch of state government. This bicameral body includes the Senate (33 members) and the House of Representatives (99 members). The Speaker of the Senate also holds the office of lieutenant governor. Representatives serve two year terms while Senators serve for four years, with odd and even numbered districts staggered. The General Assembly passes laws for the state, which must be signed or vetoed by the governor, and a budget for the functioning of state government. The General Assembly also appoints the Secretary of State, State Treasurer, and the Comptroller of the Treasury, and the majority party appoints the seven members of the State Election Commission. The Tennessee General Assembly meets in the State Capitol in Nashville.

Justices are elected to the Court according to the Tennessee Plan; when a vacancy occurs, the governor may appoint either one of three candidates presented by the Judicial Nominating Committee or with a candidate of his or her own choice, who must then be approved by the General Assembly. Every eight years, justices face a yes/no statewide retention vote to keep their positions.